Got a Pesky Attorney General Fired

Reading from her legal website, one can see that our former Attorney General was not only a crusader for justice who rattled the entrenched good 'ol boys, but a highly qualified Attorney General.

"Margery S. Bronster, Esq. was the Attorney General for the State of Hawai'i from 1995-1999. During her term, she won widespread critical and public acclaim for successfully leading a years-long investigation into abuses by the trustees of the Kamehameha Schools/Bishop Estate charitable trust, the largest private trust in the country.

That effort led to the forced resignation of four of the five trustees and a complete overhaul of the Trust's administration and the manner in which the trustees were selected.

She also won a multi-billion dollar Master Settlement Agreement from tobacco companies on behalf of the State of Hawai'i.

Ms. Bronster graduated from Brown University and the Columbia University Law School, where she was a Harlan Fiske Stone Scholar.

She is a recipient of the: Profiles in Courage Award, Conference of Western Attorneys General, 2000 (Southerwestern Bell); Kelly- Wyman Award for Outstanding Attorney General, 1999 (National Association of Attorneys General); Fellow of the Pacific Award for Outstanding Service to the Community, 2000 (Hawai'i Pacific University); "Advocate of the Year" - American Cancer Society Hawai'i Chapter, 1999; Top Cop - State of Hawai'i Law Enforcement Coalition of Police Officers and Security Personnel, 1999; and "Woman Lawyer of the Year", Hawai'i Women Lawyers. In addition, she has authored "Litigating a Class Action Suit in Hawai'i" (2001)."

This is the AG who brought down Colleen Hanabusa's friends and was getting too close for comfort to Hanabusa herself.

So Colleen organized the Senate to reject her re-confirmation for her second term.  Then-governor Ben Cayatano talks about Hanabusa's suspicious motives.

According to Gov Ben Cayetano the Senate was being influenced by Bishop Estate and accused Hanabusa of opposing Bronster's confirmation because of her ties with estate trustee Henry Peters.

"I think Sen. Hanabusa comes from an area where a trustee is a constituent of hers and I think you need to ask her if it makes a difference," he said. "She says it doesn't make a difference and I think the people can judge accordingly."

"...Hanabusa had other reasons to oppose Bronster's confirmation. (KSBE Trustee) Henry Peters and his influential mother, Hoaliku Drake, who had organized public demonstrations in opposition to Bronster's confirmation, were both supporters who lived in her district. Politically, that alone would have been reason enough for her to vote against (Bronster). but, as the Honolulu Advertiser would later disclose, Hanabusa had a close relationship with developer Jeff Stone, whose sister was married to Bishop Estate trustee Dickie Wong and who, along with Peters and Wong had been indicted by a grand jury convened by Bronster. As the attorney general's investigation would later reveal, prior to the confirmation hearing, Hanabusa had met privately with Larry Mehau and Wong. When confronted by a reporter, Hanabusa confirmed that the meeting had taken place, but, in a remarkable lapse of memory, she could not remember if Bronster's confirmation had been discussed." 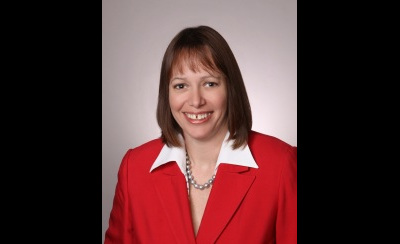