Mixed Messages: Where does Rep. Hanabusa stand on Social Security?

In D.C., Congresswoman Colleen Hanabusa of Hawai’i is known as a leader of the New Democrat Coalition. New Dems describe themselves as “centrists.” Pro Publica describes them as “The Coalition Pharma and Wall Street Love”. New Dems urge other Democrats to be more open to compromising with John Boehner, Michele Bachmann and other Congressional Republicans.

Not a popular position with progressives who see these far right extremists chipping away at their civil rights, social safety net and jobs.

In a bipartisan move, the “New Democrat Coalition” has dropped the “ic” at the end of “Democratic” per Karl Rove’s decree.

Some New Dems come from swing districts, so they believe they need to become quasi-Republicans in order to attract voters across political lines. But others, like Hawai’i Rep Colleen Hanabusa, come from solidly Democratic districts where Obama got 70% or more of the vote. Their allegiance to the New Dems is likely based on a combination of personal ideology and the lucrative pipeline to corporate donations that the New Dem Coalition affords them.

She shows her willingness to partner with conservative Republicans in D.C. whenever possible.

She recently participated in an economic forum with Wall Street shill and former GOP presidential candidate, Tim Pawlenty. Pawlenty is president and CEO of Financial Services Roundtable, a Washington, D.C.-based Wall Street lobbying group. That’s one bipartisan position the New Dems and the GOP can agree on — supporting Wall Street by gutting regulations.

After that lovefest, she joined Republican Congressman Randy Forbes in a defense forum. Forbes is founder and chairman of the Congressional Prayer Caucus, formed for the purpose of encouraging prayer through legislation and fighting for school prayer. He’s also virulently anti-abortion. And once again, the New Dems “bipartisanship” the heck out of defense contractors – even going so far as to vote for armaments that even the Pentegon doesn’t want. But supporting defense contractors keeps the donations flowing from this rich well.

In case her fondness for Republicans isn’t clear, she uses Twitter hashtags like #bipartisanshipworks. (Works to move the country even farther to the right.)

Critics call this Boehner Congress one of the most extreme in history. It’s certainly one of the most unpopular. But perhaps Boehner, Bachmann and company are just misunderstood and, as Hanabusa and her New Dem colleagues advocate, we Democrats just need to move right and become more “bipartisan”.

Sort of like Henry Higgins singing, “Why can’t a woman be more like a man!” We Democrats, according to these “New Democrats” just need to be more like Republicans.

One of the leading items in the New Dems’ domestic agenda is to “fix the debt” through a “grand bargain” that includes cuts to Social Security benefits. Indeed, Adam Pase, the New Democrat Coalition’s Executive Director, is lobbying for cuts. Adam Pase has been described as a “toady for the banking industry“.

As a loyal member of the New Democrat Coalition, Hanabusa has diligently furthered this objective in D.C.

Hanabusa appeared at a post-election press conference last fall with New Dem Chair Ron Kind and other coalition members, where they announced they were “ready to deal” and that “everything was on the table.” Pictures from that press conference, including Hanabusa, are prominently displayed in all the New Dems’ online venues.

The New Dems reiterated their message a few months later. Former Sen. Alan Simpson and Morgan Stanley director Erskine Bowles – who have been advocating Social Security cuts for years – issued a new budget-reduction proposal in February. Once again, they called for benefits to be cut. The New Dems immediately and formally praised the new Simpson-Bowles initiative in a letter, signed by Hanabusa, to Obama and Boehner.

She’s made it apparent to the Beltway: Hanabusa is willing to cut Social Security. She’s been rewarded by receiving tens of thousands of dollars in campaign contributions from the New Dems’ PAC and others sympathetic to the Simpson-Bowles worldview.

Back home in Hawai’i, though, Hanabusa portrays herself as a fierce defender of Social Security. That’s one of the prominent themes on her Senate campaign website (she’s primarying progressive Democratic incumbent Sen. Brian Schatz). Anyone calling her office is told Hanabusa will vote against Chained CPI. And, to her credit, she’s cosponsored a symbolic resolution (H.Con.Res. 34) opposing the Chained CPI version of benefit cuts.

But that resolution will never be heard.

Moreover, simply signing on to a “sense-of-Congress” resolution that will never have an up-or-down vote is about the most passive act a Member of Congress can take on a contentious issue. And the resolution says nothing about raising the retirement age or other types of Social Security cuts.

Defenders of Social Security around the nation contend that the strongest and most unequivocal action that can currently be taken on this issue is to sign the “Grayson-Takano letter,” which stands against any and all Social Security cuts:

If Hanabusa signs the letter, one can safely assume she will indeed go to the wall for Social Security. Her work for the New Dems on the other side of the issue could perhaps be generously dismissed as part of the inevitable (though unappealing) gamesmanship required to raise campaign funds for her ambitious attempt at the Senate.

Time for a fact check. Where does Hanabusa really stand? 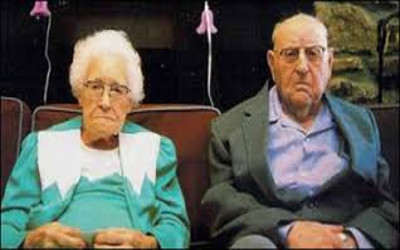